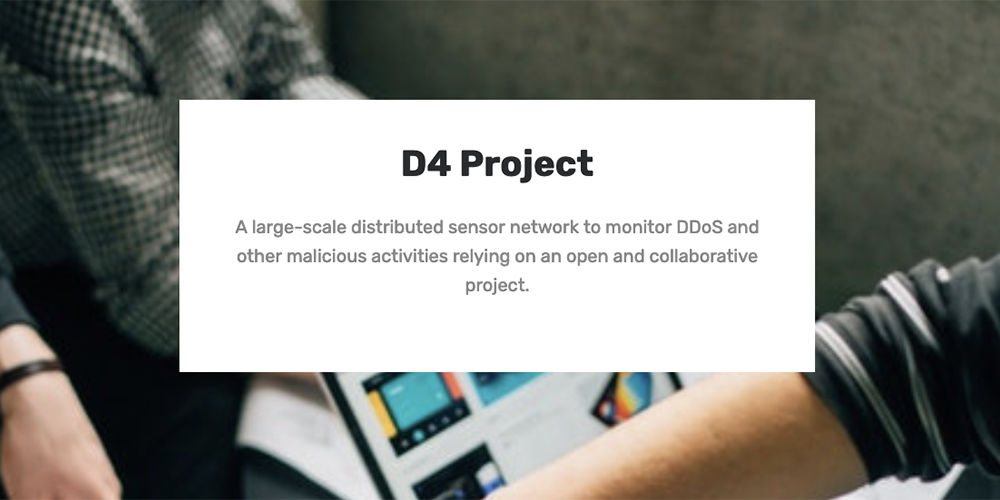 What has been happening in the D4 project for the past 3 years and a half? Numbers speak for themselves:

The D4-project is a large-scale distributed sensor network that monitors DDoS and other malicious activities. This network relies on an open and collaborative platform developed and managed by CIRCL. It is possible for all interested private and public entities to join the project freely.

It is just the beginning of new open source tools and building blocks to improve security.