Round table discussion on “Cybersecurity sovereignty for Europe” 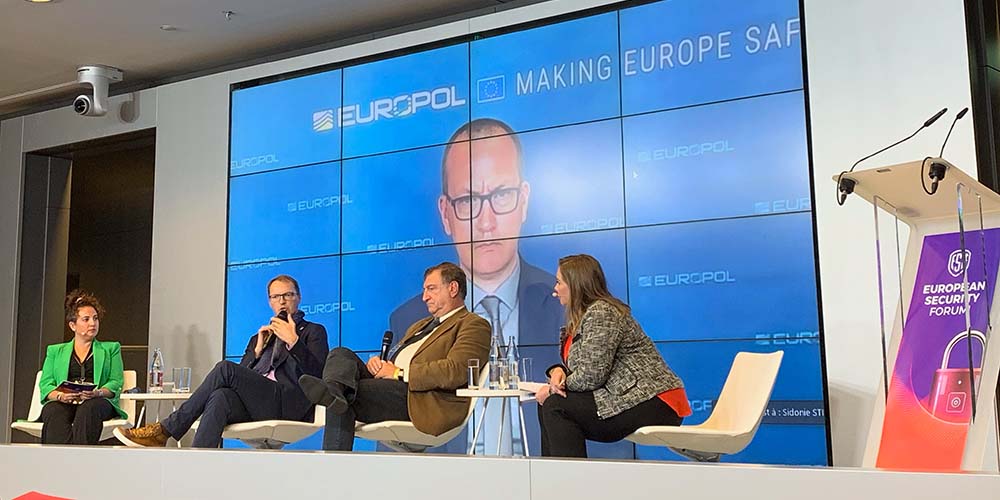 What does “protecting the cyberspace” mean?

For Pascal Steichen, it is a crucial thing to do but there is one more crucial question: does “protecting the cyberspace” mean to have full control over things or to give the required capacity and tools to each individual to protect himself? According to him, this is both a technical and political discussion.

What is the current status of the cybersecurity European sovereignty?

“The Cyberspace must be used by everyone in a safe and secure way. However, we stand at the very beginning of this discussion”, said Pascal Steichen. “Despite the interesting recommendations published by some dedicated groups of experts, it is a discussion that must happen at an international scale”, he added.

“For Europe, this discussion becomes more concrete since the European Union Member States share common values and frameworks, countries are more aligned, which gives a direction to where we want to go”, he explained. “As for the technological side of things, Europe is dependent technologically on tools coming from outside Europe. However, there are clear initiatives addressing specific digital technologies, such as the GAIA-X project”, he continued.

In the frame of the French EU Presidency, there is a proposal that will be put forward to safeguard the European digital commons (tools, platforms, frameworks…) in order to make the Internet a neutral platform. The Open-source solutions tools are being pushed. Pascal Steichen personally supports this view.

When asked if European countries should give up their national sovereignty to build a single European sovereignty, he took the opportunity to mention that Europol is an example of how Europe works together. There, Edvardas Šileris (Europol) explained that incident may occur nationally but the attacker does not sit on a national scale.

“Sovereignty relates on the protection of the fundamental rights and values of the citizens”, said Sokratis K. Katsikas.

How far do we need to go? Do we need our own operating systems?

According to Pascal Steichen, “we are on this way, with the new chip directive and high-performance computing (HPC). We need to have an alternative to what is done in other continents”.

About the existing lack/shortage of talents and global skills gap

Pascal Steichen explained that the current need for digital sovereignty will bring new jobs by creating new initiatives. It will create an ecosystem where there is room for everyone, by creating programmes where people can change careers and join cybersecurity at a later stage of their professional life.

The objective is to make this field look more dynamic and appealing to young talents just like how it happened with the Silicon Valley in San Francisco. “The human factor is a crucial one”, he highlighted.